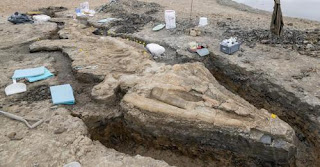 Last week I had an encounter that I have been sitting on waiting for the Lord to confirm or give me more understanding. I texted it to other prophets that I know to get input. I shall post it below: The Lord and I were sitting on the sea wall where I go sometimes in a heavenly place where there is an ocean and He shows me prophetic things to come. He was showing me stormy seas that are coming and I saw two great dragons sitting over the seas stirring things up causing unrest everywhere globally. Suddenly two massive angels with great swords descended and they cut the heads off of the dragons and a great split in the atmosphere happened and light pierced through and spread out everywhere and the demonic entities embodied within the dragons bodies fled. The dark cloud parted and the demonic influences parted. These dragons oversaw massive areas. So the massive swells of turmoil and unrest that are occurring now are under these two dragons who are over millions of demonic forces to keep the storms brewing and the peoples agitated. When the Lord showed me this as it was happening I knew the Lord had the timing of when the two angels were sent to cut their headship off. And the demonic power bases would crumbled and fade off. Their operations would be pushed back. I asked the Lord to show me something that was ahead of us all. That’s what he showed me. What they are going to try to stir up will not work out in its fullness. The Lord will uncover them and stop their full plans. Didn’t know what it all meant…….getting more light coming. Susan G OMarra 1-10-22 ********************** So today, Steven Trinh just sent me this article: Rachel Elbaum NBC Published: 10/01/2022 Updated: Tuesday, 11 January 2022 8:27 AM AEDT

Posted by revsusanthebrave at 8:52 PM 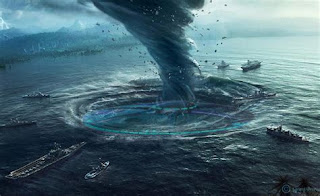 The Great Angel Named Whirlwind 1-6-22
In the vision the Lord took me to the heavenly sea wall again and we were sitting together in the sea wall looking out at the seas. The waters began to churn and I looked questioningly at the Lord but his eyes were fixed on the waters. Suddenly I saw a great whirlwind appear like a massive hurricane and it was coming closer towards us. I reached over in terror and went to grab the Lords hand. Suddenly the whirlwind was right in front of us and then I saw two hands reach out of the whirlwind and the hands grabbed me and pulled me into the whirlwind as I was screaming in terror.
Inside the whirlwind it was calm and so bright and there was a massive Angel and he was grinning mischievously at my reactions. He had blond hair, green eyes, and was dressed in golden apparel. He held me gently now and I relaxed. I said irritatedly, You could have just come and introduced yourself normally.” He grinned even more, and said, “Sue, where is the fun in that?”
Then he said, “My name is Whirlwind. I come after the Winds of Change comes and prepares ahead of me. You have adjusted nicely to the Lords Winds of the past seasons as He has prepared you all to stand firmly in the preparations. It’s my job to bring the increase of the Lords plans for the next season of global changes. You are not to be afraid. You are all to be empowered to obey the Lords commands. You all will have important assignments ahead and I will see to it that they are done. Never focus on the shakings and the turmoil of nations. Change is necessary. You are to be steadily looking into the Lords face as He guides your steps each day. I am going to clear things out of the way. The horses and chariots are already at work. The armies of the Lord are in their positions. Like a great whirlwind the Lord will speak to the earth. You are the Harvesters of great worth.”
The Angel then set me down on the sea wall and I was alone watching his departure.
Scripture:
Psalm 77:18 The voice of Your thunder was in the whirlwind, the lightnings illumined the world; the earth trembled and shook.
Psalm 77:19 Your way [in delivering Your people] was through the sea, and Your paths through the great waters, yet Your footsteps were not traceable, but were obliterated.
- Susan G OMarra
- 1-6-22
Posted by revsusanthebrave at 7:34 PM

The War from Before in 2044 encounter

Vision of the Heavenly Prayer Room, Divine Timing, and the Working of His Power for Fulfillment” – 11-29-21 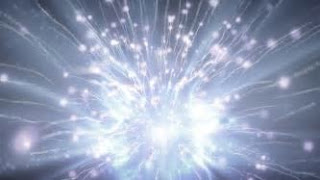 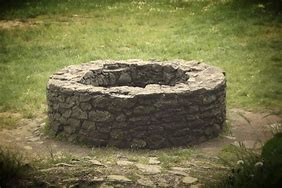 Posted by revsusanthebrave at 3:42 PM 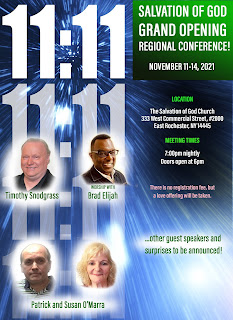 Posted by revsusanthebrave at 11:39 PM 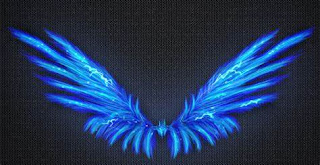 In the early morning I went into a powerful vision. I was standing with a short 12-inch rod in my hand looking upwards as a powerful angel descended from heaven. He had black hair and his skin was dark blue, and he was clothed with lightning. He held in his hand a 6-foot rod in my estimation. The rod was square and had lightning cracking in it. The power coming from this angel was so strong that I was shaking in the vision. He descended and stood on the ground in front of me. He looked at me then he took his long-squared rod and shoved it into the ground. I heard a sound like metal under the ground. He then turned his rod about a quarter turn and there was a loud click sound. Something unlocked under the ground.
I then understood that the hidden network of the Glory Train that God had been laying out among the Remnant was now complete. All the people and groups everywhere had been thoroughly prepared through hard testing and persecution had all now been fully connected, and now the Lord was activating all of tracks connected to them. I saw the angel then release the lightning from his being down through his rod into the ground. The lightning went all through the network, and I could hear power flowing into everyone, into groups, towns, cities, and entire regions, that were attached to the Lords harvest work planned for the future.
His Harvest Network was complete, and the greater flow of the Train of His Glory has begun to be released through the tracks. The network was now online so to speak with Heaven’s purposes. I wondered at this powerful angel sent to activate it all. He then looked back at me, nodded his head, and then ascended back to heaven as I stood watching. I was so shaken by this encounter that it took me several hours to settle down in my spirit. God is on the move, and nothing can stop it. Its harvest time! It’s Father’s time!
Scriptures:
Romans 5:1Therefore, since we are justified (acquitted, declared righteous, and given a right standing with God) through faith, let us [grasp the fact that we] have [the peace of reconciliation to hold and to [enjoy] peace with God through our Lord Jesus Christ (the Messiah, the Anointed One). 2 Through Him also we have [our] access (entrance, introduction) by faith into this grace (state of God’s favor) in which we [firmly and safely] stand. And let us rejoice and exult in our hope of experiencing and enjoying the glory of God.
Isaiah 6:1 In the year that King Uzziah died, [in a vision] I saw the Lord sitting upon a throne, high and lifted up, and the skirts of His train filled the [most holy part of the] temple. 2 Above Him stood the seraphim; each had six wings: with two [each] covered his [own] face, and with two [each] covered his feet, and with two [each] flew. 3 And one cried to another and said, Holy, holy, holy is the Lord of hosts; the whole earth is full of His glory!
- Susan G O’Marra
- 10-03-21

Posted by revsusanthebrave at 12:04 PM