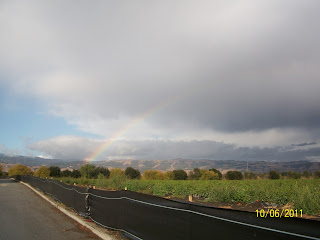 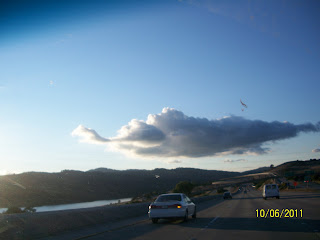 The Lord said it was Psalms 68:17 because it happened at 6:17 pm. For clarity I added extra scriptures:
14When the Almighty scattered kings in [the land], it was as when it snows on Zalmon [a wooded hill near Shechem]. 15Is Mount Bashan the high mountain of summits, Mount Bashan [east of the Jordan] the mount of God? 16Why do you look with grudging and envy, you many-peaked mountains, at the mountain [of the city called Zion] which God has desired for His dwelling place? Yes, the Lord will dwell in it forever. 17The chariots of God are twenty thousand, even thousands upon thousands. The Lord is among them as He was in Sinai, [so also] in the Holy Place (the sanctuary in Jerusalem). 18You have ascended on high. You have led away captive a train of vanquished foes; You have received gifts of men, yes, of the rebellious also, that the Lord God might dwell there with them. 19Blessed be the Lord, Who bears our burdens and carries us day by day, even the God Who is our salvation! Selah [pause, and calmly think of that]!
During the next meeting that night at VOP, the Lord showed me a great angel standing in the front of the church with a great javelin in his hand. The Lord said, "It's Jeremiah 31:31." So I looked it up.
Jeremiah 31:31Behold, the days are coming, says the Lord, when I will make a new covenant with the house of Israel and with the house of Judah, 32Not according to the covenant which I made with their fathers in the day when I took them by the hand to bring them out of the land of Egypt, My covenant which they broke, although I was their Husband, says the Lord. 33But this is the covenant which I will make with the house of Israel: After those days, says the Lord, I will put My law within them, and on their hearts will I write it; and I will be their God, and they will be My people. 34And they will no more teach each man his neighbor and each man his brother, saying, Know the Lord, for they will all know Me [recognize, understand, and be acquainted with Me], from the least of them to the greatest, says the Lord. For I will forgive their iniquity, and I will [seriously] remember their sin no more.