#1:
I saw a great Grandfather clock chiming in the heavens. It was the Fathers Clock.

It was releasing waves of fire and winds like Seismic ripples that would descend in rings down to the earth, much like a whirlwind would act like.

I saw that each ripple or wave from the heavenly clocks sound would erupt in the air and in the ground, and this would bring breakthrough of the ancient strongholds that were erected in the nations all around, causing the shifting of the lands and the seas.

Each chime of the great clock would get stronger and stronger with each blast, and each one would last longer and longer in between them. I could hardly hang on to them as they sounded, they were above our comprehension.

Eternity was chiming into time…… 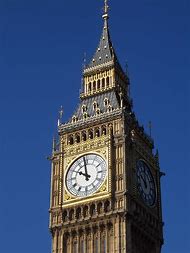 #2:
Then I saw the Big Ben clock chiming on the earth.

Then I heard these words:

I was then taken to:

To the Chief Musician. A Psalm of David. A song.

1 God is [already] beginning to arise, and His enemies to scatter; let them also who hate Him flee before Him!
2 As smoke is driven away, so drive them away; as wax melts before the fire, so let the wicked perish before the presence of God.
3 But let the [uncompromisingly] righteous be glad; let them be in high spirits and glory before God, yes, let them [jubilantly] rejoice!
4 Sing to God, sing praises to His name, cast up a highway for Him Who rides through the deserts—His name is the Lord—be in high spirits and glory gbefore Him!
5 A father of the fatherless and a judge and protector of the widows is God in His holy habitation.
6 God places the solitary in families and gives the desolate a home in which to dwell; He leads the prisoners out to prosperity; but the rebellious dwell in a parched land.
7 O God, when You went forth before Your people, when You marched through the wilderness—Selah [pause, and calmly think of that]!—
8 The earth trembled, the heavens also poured down [rain] at the presence of God; yonder Sinai quaked at the presence of God, the God of Israel.
9 You, O God, did send a plentiful rain; You did restore and confirm Your heritage when it languished and was weary.
10 Your flock found a dwelling place in it; You, O God, in Your goodness did provide for the poor and needy.
11 The Lord gives the word [of power]; the women who bear and publish [the news] are a great host.
12 The kings of the enemies’ armies, they flee, they flee! She who tarries at home divides the spoil [left behind].
13 Though you [the slackers] may lie among the sheepfolds [in slothful ease, yet for Israel] the wings of a dove are covered with silver, its pinions excessively green with gold [are trophies taken from the enemy].
14 When the Almighty scattered kings in [the land], it was as when it snows on Zalmon [a wooded hill near Shechem].
15 Is Mount Bashan the high mountain of summits, Mount Bashan [east of the Jordan] the mount of God?
16 Why do you look with grudging and envy, you many-peaked mountains, at the mountain [of the city called Zion] which God has desired for His dwelling place? Yes, the Lord will dwell in it forever.
17 The chariots of God are twenty thousand, even thousands upon thousands. The Lord is among them as He was in Sinai, [so also] in the Holy Place (the sanctuary in Jerusalem).
18 [a]You have ascended on high. You have led away captive a train of vanquished foes; You have received gifts of men, yes, of the rebellious also, that the Lord God might dwell there with them.
19 Blessed be the Lord, Who bears our burdens and carries us day by day, even the God Who is our salvation! Selah [pause, and calmly think of that]!
20 God is to us a God of deliverances and salvation; and to God the Lord belongs escape from death [setting us free].
21 But God will shatter the heads of His enemies, the hairy scalp of such a one as goes on still in his trespasses and guilty ways.
22 The Lord said, I will bring back [your enemies] from Bashan; I will bring them back from the depths of the [Red] Sea,
23 That you may crush them, dipping your foot in blood, that the tongues of your dogs may have their share from the foe.
24 They see Your goings, O God, even the [solemn processions] of my God, my King, into the sanctuary [in holiness].
25 The singers go in front, the players on instruments last; between them the maidens are playing on tambourines.
26 Bless, give thanks, and gratefully praise God in full congregations, even the Lord, O you who are from [Jacob] the fountain of Israel.
27 There is little Benjamin in the lead [in the procession], the princes of Judah and their company, the princes of Zebulun, and the princes of Naphtali.
28 Your God has commanded your strength [your might in His service and impenetrable hardness to temptation]; O God, display Your might and strengthen what You have wrought for us!
29 [Out of respect] for Your temple at Jerusalem kings shall bring gifts to You.
30 Rebuke the wild beasts dwelling among the reeds [in Egypt], the herd of bulls (the leaders) with the calves of the peoples; trample underfoot those who lust for tribute money; scatter the peoples who delight in war.
31 Princes shall come out of Egypt; Ethiopia shall hasten to stretch out her hands [with the offerings of submission] to God.
32 Sing to God, O kingdoms of the earth, sing praises to the Lord! Selah [pause, and calmly think of that]!
33 [Sing praises] to Him Who rides upon the heavens, the ancient heavens; behold, He sends forth His voice, His mighty voice.
34 Ascribe power and strength to God; His majesty is over Israel, and His strength and might are in the skies.
35 O God, awe-inspiring, profoundly impressive, and terrible are You out of Your holy places; the God of Israel Himself gives strength and fullness of might to His people. Blessed be God!

I then went to Wikipedia to research on Big Ben and found this:

On 21 August 2017, Big Ben's chimes were silenced for four years to allow for essential restoration work to be carried out on the tower. The decision to silence the bells was made to protect the hearing of the workers working on the tower, and drew much criticism from senior MP's and Prime Minister Theresa May.[78] The striking and tolling of the bells for important occasions, such as New Year's Eve and Remembrance Sunday, will be handled via an electric motor; and at least one of the four clock faces will remain visible during the restoration. Scaffolding was put up around the tower immediately after the bells were silenced. The original cost of the project was estimated to be roughly £29 million, which was then doubled, to £69 million of tax payers' money.[79] Big Ben will resume its usual striking and tolling in 2021.[80]

The aim of the renovation is to repair and conserve the tower, upgrading facilities as necessary, and ensuring the tower's integrity for future generations.


Posted by revsusanthebrave at 2:20 PM