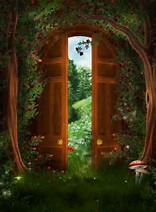 I am standing with the Lord in front of a thick foliage covered door. It had deep etched panels in it, but it was so thickly covered by vines that you would hardly notice it if you were not looking for it. I wondered why it was so thickly covered. The Lord said, “This is the Door to My Life, and few find it, even in your day.” I said, “Lord, why do we not find your doors? Why aren’t we able to step into the fullness of your life?”

Jesus said, “Many will not enter into My Life that is available to them, because they do not want to exchange their lives for Mine. Many want Me on their terms, but they do not want Me fully on Mine. I am the Life given for all men, but not all men want to pay the price to walk in Mine. This is why most do not walk in the fullness of what I have provided for them and have planned for them. Its time this changes in your day. I want My People to live in My Life now. Come, let’s go in.”

Jesus turned and opened the heavy door, and we went into the most brilliantly lit realm that I have ever been in. I could not see at first and had to wait for my eyes to adjust. Soon I could see green rolling hills, lush trees, flowers of every kind and fragrance, tall waterfalls, and many birds. I was amazed at these tiny colorful birds that immediately came over to Jesus and began to dart all around Him singing happily. Jesus laughed and said, “Hold out your hands.” I held out my hands and the little birds flew over to me and sat in my hands. I asked, “What kind of birds are these?” Jesus said, “These are love birds.”

“Love birds,” I asked. “Yes,” Jesus said. “You cannot walk in My Life without also walking in My Love. I am Life and I am Love. Life and Love flow together. You cannot love someone without also imparting life. You cannot impart My life to others without truly loving them with My Love. Everything here operates from My Love and from My Life. That is what I want you to do on the earth. It’s time for My Life and My Love to flow in the earth. This reality here is also to be your reality on the earth as you walk with Me. You are now learning to love on the earth, but its time to learn to walk in the fullness of My Life.”

“The world is looking for My Reality. They will see Me within you even more when you release My Life wherever you go. I want you to live your life fully in Me. I want My Life lived fully within you. When you live your life within Me, then I will flow freely in all that you do and are. When My Love and My Life are seen functioning in the earth, the nations will come to inquire of Me. It’s time to come up higher and trade your life in for Mine. It is time that the desire of the nations comes unto Me, so that I can lift them higher into My Desire. I am going to ignite your generation’s heart with My Love’s fire. ”

John 10:10 The thief comes only in order to steal and kill and destroy. I came that they may have and enjoy life, and have it in abundance (to the full, till it overflows).

Psalms 16:11 You will show me the path of life; in Your presence is fullness of joy, at Your right hand there are pleasures forevermore.

1 Thessalonians 4:1 Furthermore, brethren, we beg and admonish you in [virtue of our union with] the Lord Jesus, that [you follow the instructions which] you learned from us about how you ought to walk so as to please and gratify God, as indeed you are doing, [and] that you do so even more and more abundantly [attaining yet greater perfection in living this life].

Colossians 2:10 And you are in Him, made full and having come to fullness of life [in Christ you too are filled with the Godhead—Father, Son and Holy Spirit—and reach full spiritual stature]. And He is the Head of all rule and authority [of every angelic principality and power].

Ephesians 2:10 For we are God’s [own] handiwork (His workmanship), recreated in Christ Jesus, [born anew] that we may do those good works which God predestined (planned beforehand) for us [taking paths which He prepared ahead of time], that we should walk in them [living the good life which He prearranged and made ready for us to live].

Zechariah 3:7 Thus says the Lord of hosts: If you will walk in My ways and keep My charge, then also you shall rule My house and have charge of My courts, and I will give you access [to My presence] and places to walk among these who stand here.
1 Corinthians 6:2 Do you not know that the saints (the believers) will [one day] judge and govern the world? And if the world [itself] is to be judged and ruled by you, are you unworthy and incompetent to try [such petty matters] of the smallest courts of justice?  3 Do you not know also that we [Christians] are to judge the [very] angels and pronounce opinion between right and wrong [for them]? How much more then [as to] matters pertaining to this world and of this life only!

Posted by revsusanthebrave at 6:02 PM 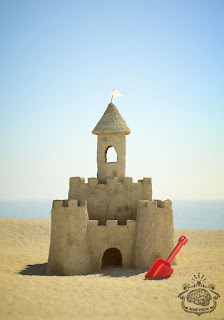 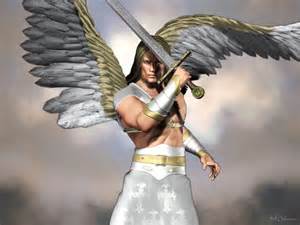 I have held onto this vision until I felt released to share it. May it draw you closer to the Lord in this hour, as you are also believing Him to release His power. God is doing deep inspections right now to realign everything.
Scene One:  The Sword of the Lord
In the vision, I was in a large auditorium and I was sitting in the front row of the room. I was preparing to speak and was praying before the meeting started. Suddenly, a very large and fierce angel came and he stood up front to my left and he held a very large sword. It was not your typical long slim bladed sword. This sword was a large fat wide bladed sword, and very heavy. It reminded me of a machete of sorts. I immediately knew what it was for, and I threw myself face down on the floor before the angel. I began to pray and I asked the angel if he had a message for us. He nodded and the angel then spoke.
He said, “I have come to bring a full separation in the Body of Christ.” Then the angel threw his sword into the air and it flew and spun around like a boomerang as it did, and it cut off the heads of many people in the auditorium. Angels stood at the edges of the room to gather the heads into baskets. Some heads began to roll and they rolled out the door of the room and were met by angels waiting for them in the foyer with baskets too. When they were all collected, fire fell from heaven into the baskets and burned all the heads up. Only ashes were left. I was shocked and dismayed as I watched the whole scene play out. I noticed that not everyone’s heads were cut off, but most were.
The angel then said, “The Sword of the Lord will cut off all Compromisers, all Criticizers, all Mockers, and all Controllers. There has begun a full separation of those in their heads from those in their spirits. If you resist and oppose the Spirit of God in this hour then you will lose your place, and another will stand where you do. Do not make the mistake of thinking you know by your head knowledge everything that God is doing, or you too will find yourself outside of His will. Those who walk in the Spirit, and hear His Voice and follow it, and will move into the fullness of what God has prepared for all of you.”
“This Separation is to bring Clarification, which will release Purification, to establish the Preparation for the building of His Habitations all over your land to now rise forth. Without the removal of all that defiles, resists, and opposes His Purposes, the Habitations will never fully come forth. The Father has released His Purifying Sword from the North. You must follow His Voice, and obey His Commands, and then you will surely fully rise up and steadfastly stand! It has already begun, the Father has heard the humble’s cry, and the nations shall see His Sword fly swiftly by!”
Scene Two:  The Living Lightnings of His Habitations
I saw Gods’ people that had been separated by the Sword of the Lord standing together. I saw power begin to light up from within each person, like blue light. It came from within their beings, and they were full of power, and the light flowed up them till it began to arc on top of their heads. Sparks began to fly as they stood. I watched as they began to spark one another and arc back and forth from each other. I could hear the sound of power as it flowed from one person to another and even as I watched in the vision, my own spirit man began to spark and arc too!
Then the vision panned out and I suddenly realized as I looked at the whole Body of Christ that had been separated by the Lord, that I was seeing a living power plant in operation for the first time. It was like it just was turned on, and the whole power plant was adjusting to the current that was being released through each conductor. Soon, it was arcing and flowing perfectly and the blue light of power flowed through each person, and they were all living lightnings. The Habitation of the Lord was born. The house of Living Stones was full of God’s Glory, and the Glory flowed in it flawlessly as the Spirit willed it to. As I watched in awe, the scripture came to my mind:
Ephesians 4:15 Rather, let our lives lovingly express truth [in all things, speaking truly, dealing truly, living truly]. Enfolded in love, let us grow up in every way and in all things into Him Who is the Head, [even] Christ (the Messiah, the Anointed One). 16 For because of Him the whole body (the church, in all its various parts), closely joined and firmly knit together by the joints and ligaments with which it is supplied, when each part [with power adapted to its need] is working properly [in all its functions], grows to full maturity, building itself up in love.
The Lord is going to rebuild His House, and the Nations His way!
-        Susan O’Marra