“Divine Rods are Being Released for Regional Victories in this Season”


“Divine Rods are Being Released for Regional Victories in this Season” 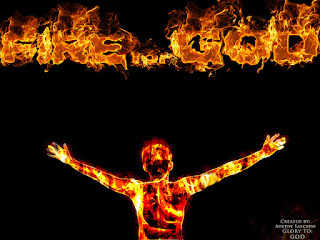 An angel was holding a long golden rod in his hand that looked more like a staff. It was about 6ft in length. The angel was blue. His skin was radiating blue light from within. He was a high-ranking angel and he had jet black hair. He came to where I was and spoke to me. He said, “Take your staff in your hand, its time to expand your command.”

I looked, and I too was standing with a similar golden rod/staff. It was very powerful, and I could feel the flow of lightning vibrating within it as I held onto it. The angel smiled at me and nodded. He spoke again, “You must continue to strike the ground until everything shatters all around.”

He held out his hand as if to gesture me to look further out, so my eyes followed his hands to where I saw the land before us. I was standing by him, but also saw us standing out in the land too. We were standing in our region and the angel stretched out his hand and staff so I did too, and as we did the lightning began to increase in our staffs. The angel then said to me, “It is not enough just to address something in prayer once or twice in this season, you must strike it in prayer till it shatters everywhere.”

“You are in the Season of Acceleration and Apprehension of your Promises. You must be determined to not let up your prayers and decrees until you see every one of your enemy’s full defeat. Many people sit in their seat, but they do not suffer their enemies a full defeat. You cannot fully rule, if you don’t bind and subdue your enemy and put them under your feet. Many of the battles that are raging right now are because you must thoroughly taking your ground. It’s time you all rise up together. Not every enemy is yet found or bound, and not every enemy is removed from its place. These enemies fight your race! You must unseat them! You must completely defeat them!”

Then I saw in the vision other people taking their staffs in their hands and they came and stood by us in the region. The angel nodded at each one. Then I saw him give them each a command and every person stood in a different section of the region and they began to strike the ground with their golden lightning rods. As they did, waves of lightning moved through the ground and into the air and it struck hidden enemies that were entrenched beneath, and they burst up through the ground and were gnashing all around, but they could not touch those who held the lightning rods, for they wielded the lightning of their God.

I watched the people kept striking the ground over and over and a great battle raged on the surface all around them but the enemy could do nothing but scream at them. Then, I saw that the waves increase in velocity and force until it released a great explosion from below, and from above. Fire burst up from the ground and also burned up every enemy that was raging around. Waves of fire spread throughout the region, and explosions of Gods Glory burst forth in the region everywhere. I could hear shouts and screams as entire cities were ablaze with the Glory of God.

The scene then shifted back to just the angel and me again, and he stood looking at me for a minute. He then said, “You each have been given your rods. You each have the authority and commission given to you by God for this region. It is time to know that this is the Season that He will now show each of you the full victory as you continue to agree. You must stand firmly in your command and keep striking with your rod till you defeat the enemies of God. This land was given unto you. Your destinies lie before you. Never stop striking, or lay down your rod, or say no to your God. God will give you His detailed battle plan, but you must be determined to stand. You are to know that in your midst the fire of God has begun to burn already, but it is time for you all to be militant in your stand and increase the prayers till the fire fully runs! Take your command and strike till its done, for the time of Cities of Great Salvation has come!”

2 Kings 13:17 And he said, Open the window to the east. And he opened it. Then Elisha said, Shoot. And he shot. And he said, The Lord’s arrow of victory, the arrow of victory over Syria. For you shall smite the Syrians in Aphek till you have destroyed them. 18 Then he said, Take the arrows. And he took them. And he said to the king of Israel, Strike on the ground. And he struck three times and stopped. 19 And the man of God was angry with him and said, You should have struck five or six times; then you would have struck down Syria until you had destroyed it. But now you shall strike Syria down only three times.

Psalms 50:23 He who brings an offering of praise and thanksgiving honors and glorifies Me; and he who orders his way aright [who prepares the way that I may show him], to him I will demonstrate the salvation of God.

Posted by revsusanthebrave at 3:41 PM