Podcast of The Blood of Christ, the Walls of Division, and the Abiding Glory - 03-30-16 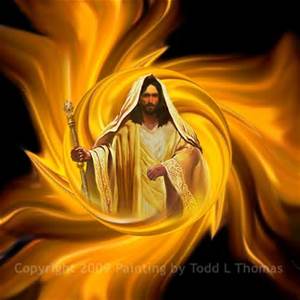 The link to the podcast can be found at:

On Wednesday, I saw a recurring vision while praying at the church at the evening prayer watch. I saw a wall and it had blood running down it. It kept repeating as I walked and prayed. While pondering the vision, the following scripture came to me:

Ephesians 2:13 But now in Christ Jesus, you who once were [so] far away, through (by, in) the blood of Christ have been brought near. 14 For He is [Himself] our peace (our bond of unity and harmony). He has made us both [Jew and Gentile] one [body], and has broken down (destroyed, abolished) the hostile dividing wall between us, 15 By abolishing in His [own crucified] flesh the enmity [caused by] the Law with its decrees and ordinances [which He annulled]; that He from the two might create in Himself one new man [one new quality of humanity out of the two], so making peace.

TLV: 14 For He is our shalom, the One who made the two into one and broke down the middle wall of separation. Within His flesh He made powerless the hostility—

The Voice: 14 He is the embodiment of our peace, sent once and for all to take down the great barrier of hatred and hostility that has divided us so that we can be one.

Wall:
Partition. Middle wall. A hedge, fence, enclosing barrier.
That which separates and prevents two from coming together.

Amos 3:3 Do two walk together except they make an appointment and have agreed?

Matthew 18:19 Again I tell you, if two of you on earth agree (harmonize together, make a symphony together) about whatever [anything and everything] they may ask, it will come to pass and be done for them by My Father in heaven.

Every dividing wall, whether it is within our own souls or hearts, or whether it is around us is coming down. The Lord is actively dealing with every root, every weed, every lie, and everything that exalts itself against the knowledge of God, and the power of God. This hindering force or wall can be as little as an attitude, or as big as a source of division of peoples, cultures, races, and/or nations.

The Glory reveals every work of flesh or of darkness for what it is. It is up to us as individuals to embrace the work of the Cross and of the Blood to properly remove every hindering wall and force that is actively at work within or without. It is also up to us to actively resist and tear down all sources of divisiveness that is revealed to us by the Lord. It is the right of believers to enforce the Kingdom and it’s liberating effect in every area of life, and in their individual and corporate spheres of influence.

Susan next shares the Dream Experience with the Attache Case next....

Scriptures on the Transformation process of the Abiding Glory:

Its all about the new quality of humanity being revealed in this generation!

The significance of Romans 8:  Light and darkness and the dividing hostile wall:

(Chapter is shortened for sake of space and clarity. Feel free to study the entire chapter in entirety.)

8:1 Therefore, [there is] now no condemnation (no adjudging guilty of wrong) for those who are in Christ Jesus, who live [and] walk not after the dictates of the flesh, but after the dictates of the Spirit. 2 For the law of the Spirit of life [which is] in Christ Jesus [the law of our new being] has freed me from the law of sin and of death. 3 For God has done what the Law could not do, [its power] being weakened by the flesh [the entire nature of man without the Holy Spirit]. Sending His own Son in the guise of sinful flesh and as an offering for sin, [God] condemned sin in the flesh [subdued, overcame, deprived it of its power over all who accept that sacrifice], 4 So that the righteous and just requirement of the Law might be fully met in us who live and move not in the ways of the flesh but in the ways of the Spirit [our lives governed not by the standards and according to the dictates of the flesh, but controlled by the Holy Spirit]. 5 For those who are according to the flesh and are controlled by its unholy desires set their minds on and pursue those things which gratify the flesh, but those who are according to the Spirit and are controlled by the desires of the Spirit set their minds on and seek those things which gratify the [Holy] Spirit. 6 Now the mind of the flesh [which is sense and reason without the Holy Spirit] is death [death that comprises all the miseries arising from sin, both here and hereafter]. But the mind of the [Holy] Spirit is life and [soul] peace [both now and forever]. 7 [That is] because the mind of the flesh [with its carnal thoughts and purposes] is hostile to God, for it does not submit itself to God’s Law; indeed it cannot. 8 So then those who are living the life of the flesh [catering to the appetites and impulses of their carnal nature] cannot please or satisfy God, or be acceptable to Him. 9 But you are not living the life of the flesh, you are living the life of the Spirit, if the [Holy] Spirit of God [really] dwells within you [directs and controls you].

The new quality of humanity being made:

13 For if you live according to [the dictates of] the flesh, you will surely die. But if through the power of the [Holy] Spirit you are [habitually] putting to death (making extinct, deadening) the [evil] deeds prompted by the body, you shall [really and genuinely] live forever. 14 For all who are led by the Spirit of God are sons of God. 15 For [the Spirit which] you have now received [is] not a spirit of slavery to put you once more in bondage to fear, but you have received the Spirit of adoption [the Spirit producing sonship] in [the bliss of] which we cry, Abba (Father)! Father! 16 The Spirit Himself [thus] testifies together with our own spirit, [assuring us] that we are children of God. 17 And if we are [His] children, then we are [His] heirs also: heirs of God and fellow heirs with Christ [sharing His inheritance with Him]; only we must share His suffering if we are to share His glory. 18 [But what of that?] For I consider that the sufferings of this present time (this present life) are not worth being compared with the glory that is about to be revealed to us and in us and for us and conferred on us!

19 For [even the whole] creation (all nature) waits expectantly and longs earnestly for God’s sons to be made known [waits for the revealing, the disclosing of their sonship]. 20 For the creation (nature) was subjected to frailty (to futility, condemned to frustration), not because of some intentional fault on its part, but by the will of Him Who so subjected it—[yet] with the hope 21That nature (creation) itself will be set free from its bondage to decay and corruption [and gain an entrance] into the glorious freedom of God’s children. 22 We know that the whole creation [of irrational creatures] has been moaning together in the pains of labor until now. 23 And not only the creation, but we ourselves too, who have and enjoy the firstfruits of the [Holy] Spirit [a foretaste of the blissful things to come] groan inwardly as we wait for the redemption of our bodies [from sensuality and the grave, which will reveal] our adoption (our manifestation as God’s sons).

28 We are assured and know that [God being a partner in their labor] all things work together and are [fitting into a plan] for good to and for those who love God and are called according to [His] design and purpose. 29 For those whom He foreknew [of whom He was aware and loved beforehand], He also destined from the beginning [foreordaining them] to be molded into the image of His Son [and share inwardly His likeness], that He might become the firstborn among many brethren. 30 And those whom He thus foreordained, He also called; and those whom He called, He also justified (acquitted, made righteous, putting them into right standing with Himself). And those whom He justified, He also glorified [raising them to a heavenly dignity and condition or state of being].

There is currently an unveiling process of the Glory, and the Glory is producing and revealing of a new quality of humanity in this generation, which it is likened unto the manifested sons and daughters of God. Many of who are emerging from their hiddenenss in this Season across the earth, to begin to bring forth Christ’s liberation in a fuller expression and to impart a manifestation of the love of God to this generation. Such a powerful emergence has only just begun, and the systems of the world are already shaking as a result of the ongoing work of the Glory.

The darkness that has held the people of the world in total bondage is shaking, and with the increased social unrest and political upheavals, the false ideals and carnal mindsets of this generation are being brought out into the light. Every natural and spiritual hostile wall will be dealt with and will be brought down through the ongoing work of the Spirit of Truth who has come to usher in the greatest harvest of the earth the world has ever seen.