"The Worship Angels, Babies of Fire, and the Breath of God at the Sunnyvale House of Prayer" 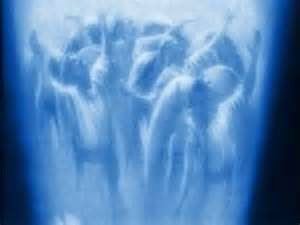 Transcript of prophecies and prophetic events happening during the service:
(The 1st 22:00 of recording.)
Transcript of the podcast can be found here:


"The Worship Angels, Babies of Fire, and the Breath of God at the Sunnyvale House of Prayer"


Four Worship angels came into the meeting, and they were there to bring the people into heavenly worship, into the Glory.


Susan: The Birthing forth of God's Fire


The angels were putting fire in the people's bellies, babies that look like flames, because the Lord doesn't want His People to just worship on earth, but to also worship in heaven. He wants whole entire homes, groups, and places, to worship in heaven but also bring it to the earth and manifest it. It's time to birth it on earth. It's time to release it on earth. It's time to manifest on the earth, even through worship time. It's no longer time to have church on earth, it's time to be the heavenly church on earth. So there's a deposit of a new birthing tonight of the Flame of the Lord, out of all of you here tonight, that will release Heaven more into the earth. Tonight is the beginning through you.


The Worship angels have many wings for the wind of the Spirit, to carry people away in the Spirit, into the Heavenly places, into the High Place. - Psalms 18


The four angels are 2 Cherubim's and 2 Seraphim's sent to work with Bryan and Linda Minor and the Sunnyvale House of Prayer. They will help bring them into the Heavenly worship. They will bring you into worship in heaven that they are involved with when you are worshipping, and you will bring it into the earth, and it will be on earth, as it is in heaven.


The Lord is giving a greater capacity, a greater expansion of your lungs, the expansion to go into Spiritual things, because spiritual things have to do with the Holy Spirit, the Breath of God. The Lord is giving a manifestation of spiritual lungs in His People, to give them a greater capacity for spiritual praise and worship, worshipping in Spirit and in Truth. It's to take you into the greater things of God. To take you into the Spirit Realm, the Glory Realm. To also be able to work on the higher level with the angels of God. The level that they work on. This has to do with a manifestation in the lungs of God's people. God is giving new natural and spiritual lungs in the People's bodies. He is expanding the breathing. He is putting more of the Spirit, the Breath into them so that you can take God's people into the heavenly higher places, in praises and worshipping and thanksgiving in the Spirit and in Truth. To be able to go into the greater realm, the greater level, to be on the same level with the angels of God that go up and down the ladder, to work with them.


Susan: The Breath of God


Jesus also breathed on the disciples and said, "Receive the Holy Spirit." The Breath of God is manifesting of the earth right now, because it is time that His People are not only filled with the Spirit, but that they begin to move in Power with the Spirit. So there is a new manifestation of the Breath of God coming through people that will yield and surrender. It will affect their whole areas, because when Jesus breathed on them, the whole place received Him. It's time for groups, and it's time for areas to receive the Fire of God, and so God has designated areas to release His Breath, to bring creative miracles, to bring His Presence, and to bring Healing.


The New Avenues of Hope being opened in areas and regions. The Body of Christ is wore out and has lost hope, and must regain hope, faith, and the strength to contend for the purpose of their cities, states, and for America. When the Lord returns to areas, will He find faith there, where He can move? He is opening more spiritual avenues among us because Hope springs us on to faith. To birth faith to take us higher.


The rest of the meeting notes on this night is already posted at:
http://intheimageofhisgloryministries.blogspot.com/2014/08/the-birthing-room-in-heaven-vision-07.html

Posted by revsusanthebrave at 11:20 PM