“The 13 Starred US Flag, the New Year 2018, and the new Governing Responsibilities of Heaven”

“The 13 Starred US Flag, the New Year 2018, and the new Governing Responsibilities of Heaven”

The link to the Facebook Live video of this message given on 12-31-17: 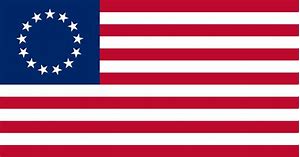 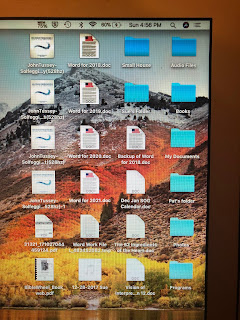 Scriptures the Lord gave to me:

Some Examples of Functioning Governing Seats/Roles to study further:

The link to the Facebook Live video of this message given on 12-31-17:

Posted by revsusanthebrave at 10:29 PM 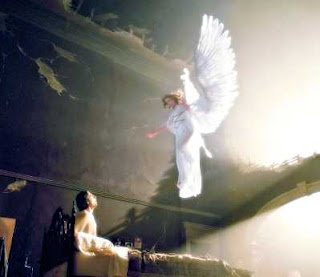 “I see Wisdom angels coming. The Lord has wisdom for us in this hour. Just like in the Book of Daniel. There are angels of wisdom that are assigned to us in our day to give us wisdom to know what to do next, when to come, when to go, things we are to know, things that the Father is waiting to show so that we can grow, so that we can flow.”

“We are at the end of one year and at the dawning of the next. The Wisdom and the Council of the Lord is ready for us to step through, into the new. So that we can move forwards into the things that we are called to see, to be, and to say, and do.”

“So the Interpreting angels are being assigned to you, but do not dismiss the heavenly and the divine. Do not miss your eternal sign. Do not go to the left and the right. Do not be distracted by the voices in the day and in the night, but know that My angels are with you in your fight, and you shall overcome and you shall have your right, because I am faithful day and night! I am faithful in your sight. I am faithful to send you help so that you can stand in your right.”

“I have messengers. I have interpreting angels. Angels of wisdom and council and understanding that will come to you day by day. Do not dismiss them! Do not try to figure it out in your head! Receive Me, and be Spirit led, and know that I will give you the angelic help. They know your assignments before you do. They know the things that are coming to you. Do not say, Oh that’s just coincidence… No! Understand- My messengers are supernatural!”

“You will see signs of their coming. You will hear sounds of them drawing near. Do not be afraid, and do not shy away in fear, but embrace My wisdom this year, for My council is sure, My guidance is steady, because all these things Children, are making you ready.”

Daniel 7:28 Here is the end of the matter. As for me, Daniel, my [waking] thoughts troubled and alarmed me much and my cheerfulness of countenance was changed in me; but I kept the matter [of the interpreting angel’s information] in my heart and mind.

Daniel 8:15 When I, even I, Daniel, had seen the vision, I sought to understand it; then behold, there stood before me one [Gabriel] with the appearance of a man. 16 And I heard a man’s voice between the banks of the [river] Ulai which called and said, Gabriel, make this man [Daniel] understand the vision. 17 So he came near where I stood, and when he came, I was frightened and fell on my face. But he said to me, Understand, O son of man, for the [fulfillment of the] vision belongs to [events that shall occur in] the time of the end.

Daniel 9:20 While I was speaking and praying, confessing my sin and the sin of my people Israel, and presenting my supplication before the Lord my God for the holy hill of my God—21 Yes, while I was speaking in prayer, the man Gabriel, whom I had seen in the former vision, being caused to fly swiftly, came near to me and touched me about the time of the evening sacrifice.22 He instructed me and made me understand; he talked with me and said, O Daniel, I am now come forth to give you skill and wisdom and understanding.23 At the beginning of your prayers, the word [giving an answer] went forth, and I have come to tell you, for you are greatly beloved. Therefore consider the matter and understand the vision.

Daniel 10:12 Then he said to me, Fear not, Daniel, for from the first day that you set your mind and heart to understand and to humble yourself before your God, your words were heard, and I have come as a consequence of [and in response to] your words.13 But the prince of the kingdom of Persia withstood me for twenty-one days. Then Michael, one of the chief [of the celestial] princes, came to help me, for I remained there with the kings of Persia.14 Now I have come to make you understand what is to befall your people in the latter days, for the vision is for [many] days yet to come.

Luke 1:19 And the angel replied to him, I am Gabriel. I stand in the [very] presence of God, and I have been sent to talk to you and to bring you this good news.20 Now behold, you will be and [o]will continue to be silent and not able to speak till the day when these things take place, because you have not believed what I told you; but my words are [p]of a kind which will be fulfilled in the appointed and proper time.

Luke 1:26 Now in the sixth month [after that], the angel Gabriel was sent from God to a town of Galilee named Nazareth,27 To a girl never having been married and a [v]virgin engaged to be married to a man whose name was Joseph, a descendant of the house of David; and the virgin’s name was Mary.28 And he came to her and said, Hail, O favored one [[w]endued with grace]! The Lord is with you! [x]Blessed (favored of God) are you before all other women!29 But when she saw him, she was greatly troubled and disturbed and confused at what he said and kept revolving in her mind what such a greeting might mean.30 And the angel said to her, Do not be afraid, Mary, for you have found grace ([y]free, spontaneous, absolute favor and loving-kindness) with God.31 And listen! You will become pregnant and will give birth to a Son, and you shall call His name Jesus.32 He will be great (eminent) and will be called the Son of the Most High; and the Lord God will give to Him the throne of His forefather David,33 And He will reign over the house of Jacob throughout the ages; and of His reign there will be no end.34 And Mary said to the angel, How can this be, since I have no [intimacy with any man as a] husband?35 Then the angel said to her, The Holy Spirit will come upon you, and the power of the Most High will overshadow you [like a shining cloud]; and so the holy (pure, sinless) Thing (Offspring) which shall be born of you will be called the Son of God.36 And listen! Your relative Elizabeth in her old age has also conceived a son, and this is now the sixth month with her who was called barren.37 For with God nothing is ever impossible and no word from God shall be without power or impossible of fulfillment.38 Then Mary said, Behold, I am the handmaiden of the Lord; let it be done to me according to what you have said. And the angel left her.

1 Corinthians 2:6 Yet when we are among the full-grown (spiritually mature Christians who are ripe in understanding), we do impart a [higher] wisdom (the knowledge of the divine plan previously hidden); but it is indeed not a wisdom of this present age or of this world nor of the leaders and rulers of this age, who are being brought to nothing and are doomed to pass away.7 But rather what we are setting forth is a wisdom of God once hidden [from the human understanding] and now revealed to us by God—[that wisdom] which God devised and decreed before the ages for our glorification [to lift us into the glory of His presence].8 None of the rulers of this age or world perceived and recognized and understood this, for if they had, they would never have crucified the Lord of glory.9 But, on the contrary, as the Scripture says, What eye has not seen and ear has not heard and has not entered into the heart of man, [all that] God has prepared (made and keeps ready) for those who love Him [[e]who hold Him in affectionate reverence, promptly obeying Him and gratefully recognizing the benefits He has bestowed].10 Yet to us God has unveiled and revealed them by and through His Spirit, for the [Holy] Spirit searches diligently, exploring and examining everything, even sounding the profound and bottomless things of God [the [f]divine counsels and things hidden and beyond man’s scrutiny].11 For what person perceives (knows and understands) what passes through a man’s thoughts except the man’s own spirit within him? Just so no one discerns (comes to know and comprehend) the thoughts of God except the Spirit of God.12 Now we have not received the spirit [that belongs to] the world, but the [Holy] Spirit Who is from God, [given to us] that we might realize and comprehend and appreciate the gifts [of divine favor and blessing so freely and lavishly] bestowed on us by God.13 And we are setting these truths forth in words not taught by human wisdom but taught by the [Holy] Spirit, combining and interpreting spiritual truths with spiritual language [to those who possess the Holy Spirit].