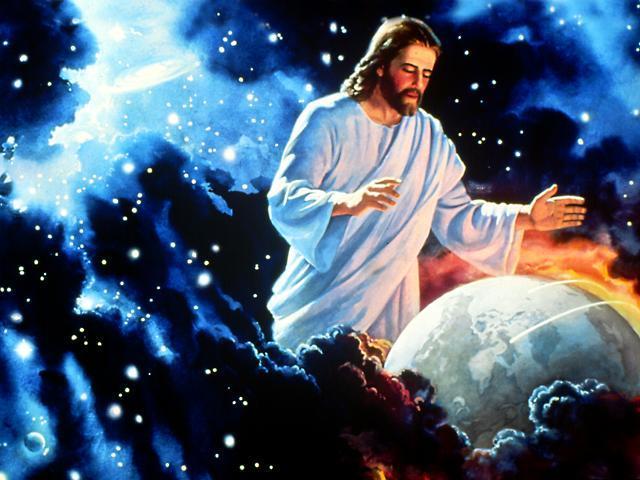 ﻿
(Transcript of Prophecy given during the Prayer Watch at SOG)

But many are in fear, are in despair, and are confused in this hour. Many are not still. They are not listening. They are not focused on the purpose I have called them to. So I am going to do some strange things in the midst of you, to realign you, to reassign you, and to cause you to launch out further into the places and the avenues that I have ordained for you to go.

I am also cementing you, and rooting you in a deeper place than you have ever been before. Because this year, is a Double Door, and it is not like before, and never shall the earth be like it was before again, for I am after the hearts of men! I am going to open many doors for you, and you are going to move all over the earth with Me, with a great liberty, because I am going to break every barrier, and I am going to move with authority through your life.

So, you are only feeling the changes. You are only sensing the things that I am only rearranging in this hour. But I say to you, call upon Me, not in fear, but in hope, and expectancy, and faith this year! Call upon Me knowing that I am going to make things clear! Call upon Me this year in faith, and decree what I show you! Decree what I say unto you! For I am busy, moving in the earth, moving in cities, moving everywhere in the hearts of men.

But through you, Children, as you minister to Me, and as you minister to one another, and as you minister in My House, will I not answer you? Will I not move for you? Will I not overtake you? Will not My armies move on behalf of My Word? I am a NOW God! I am moving NOW! I am not sitting still. I say to you, Arise Children! Arise, and stand in the Holy Place, and speak My Word with Grace. Shout Grace, Grace, Grace to what you see! Because this is only the beginning of the end of captivity. This is only the beginning of the Harvest of Generations.

You must take a stand, and you must enforce My Command, for My angels hold your hand. Wherever you go, My Power will flow, My Signs will show, and My Fire will burn at every turn, because I am moving! I am moving in your nation. I am going to arouse this nation with a shock that will jumpstart her heart, because it is time for faith, in your nation, to start.

Posted by revsusanthebrave at 10:50 PM 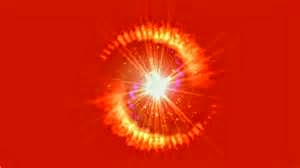 ﻿As I was praying tonight, I saw several scenes. In the first scene, the Lord was seated upon the throne, but there were many deep swirls or bands of intense light and arcing power swirling around Him intensely, almost like a brooding storm would swirl around an eye. I could see the Lord seated within, but the swirls spun a tight formation that swirled around Him with intense hues of light and power so intense that everything around the throne was silent. The angels in attendance were all attentive and waited. You could feel the acuteness of Him through the formations and then the scene changed. 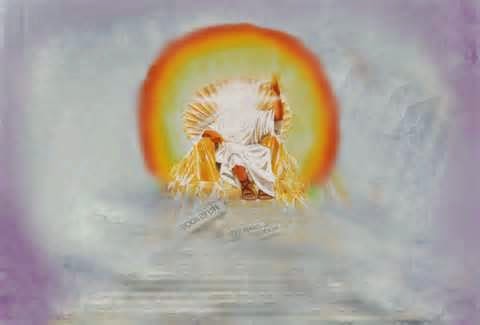 I could see myself entering the church where we are right now, but as I stepped through the doors, I entered a boardroom of sorts. There was a huge oval table where our sanctuary would be, and many were seated in attendance around the table. I saw Jesus standing overlooking the table. On the table was a topographical map that showed landforms. I saw a great mountain rise up out of the midst of the map and it began to slowly grow taller. As it grew a great battle erupted and raged all around it. All of a sudden I zoomed in closer on the map and the mountain, and I could see little miniature people that were slowly climbing the mountain in a circular formation, winding their ways upwards, but they were also under fire from enemy fortifications positioned all around the mountain. The Lord looked on as the enemy fired on those climbing the mountain, many were hit and fell. I watched as the scene grew dire, and more were falling than the ones that were still climbing. Then I saw the Lord smile, and I looked back at the scene on the map. I then saw someone that was climbing find a passage and they all went into the mountain and began to climb up the mountain from within, and none of the enemy weapons could hit them anymore. I knew this was a huge key to the newly emerging habitation's victory. Then the scene changed. 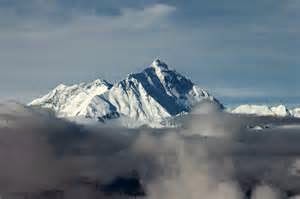 I saw another great mountain standing further in the distance. This mountain was snow covered, regal, yet very rough looking and barren of people. I saw a great angel standing there, and this angel was very awesome. He looked like he was made of ice. His features were hard, but transparent like ice. The mountain itself was very vast, yet even the size of the great mountain only came up to the angels knees. The angel was assigned to the great mountain, yet he was fully aware of the battle that was being waged afar off. He stood and watched with interest the progress of those who were in the battle. Then I saw him turn to see me watching him. He then began to glow internally with a blue light and he emanated a flashing aura all around his body; much like lightning that is building up for a display in the atmosphere would do. But this lightning was internal, it flowed from within his being. Suddenly a lightning bolt shot out of his one hand and he grabbed it and held it out, and he said, "It is time for you to use the higher weapons the Father has reserved for you. You cannot fight with the weapons from below. You must each climb higher, and go deeper into the knowledge of Him, and find the treasures that await you from within. These treasures will serve you well, and by them entire enemy forces can be felled. It is time to sit in His Council and wait for Him to reveal to you the higher path laid out for your feet. Open your hands." 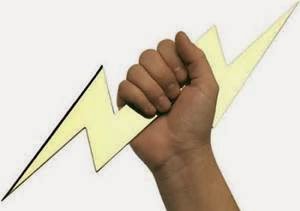 I opened my hands and the lightning bolt that was in his hand then flew into the air and shot right into my hands, and it went right up my arms and swirled around deep inside me. I was surprised and shrieked by it's intensity, and the angel shook his head and laughed at me. He said, "Why do you not understand that He has come to display Himself as Mighty through His People? Will He not show Himself valiant on behalf of those who faithfully serve Him? These weapons that are being given to you in the days to come are all deeper aspects of His Powerful Name. You must realize that every knee shall bow to His Name. Every enemy is defeated by and through His Name. No heavenly or earthly army can stand before His Name. It is time to take your stand and stand firmly in your command; and it is time for all of you to link up your hands, for in and by His Name shall you all stand. Now climb up higher, for there are more things for which you all must contend. This is not the end. This is only the beginning, and there is much yet to redeem and to also release into the nations in your time." - The end.


I got up to look up scriptures on the lightning and hands:

Job 36:31 For by [His clouds] God executes judgment upon the peoples; He gives food in abundance. 32 He covers His hands with the lightning and commands it to strike the mark. 33 His thunderings speak [awesomely] concerning Him; the cattle are told of His coming storm. AMP

He seizes the lightning with his hands and commands it to hit the mark. GNT

Exodus 9:22 Then the LORD said to Moses, "Stretch out your hand toward the sky so that hail will fall all over Egypt—on people and animals and on everything growing in the fields of Egypt." 23 When Moses stretched out his staff toward the sky, the LORD sent thunder and hail, and lightning flashed down to the ground. So the LORD rained hail on the land of Egypt; 24 hail fell and lightning flashed back and forth. It was the worst storm in all the land of Egypt since it had become a nation. 25 Throughout Egypt hail struck everything in the fields—both people and animals; it beat down everything growing in the fields and stripped every tree. 26 The only place it did not hail was the land of Goshen, where the Israelites were. NIV

Posted by revsusanthebrave at 3:40 AM