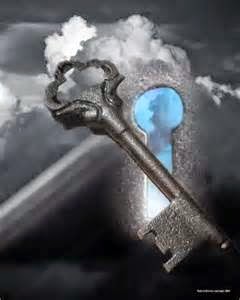 As I was resting after our meeting tonight, I saw a massive enemy principality that looked like a dragon mixed with a scorpion. It had a body of fire that had platelike armor over it’s body, but when it moved, you could see the fire under the plates. The evil beast also had a many horned head and a long armor plated upraised tail with 2 stingers on it’s end, much like a scorpion did. This enemy was full of wrath and made war with the saints continually.

When he realized I was watching, he looked towards me and opened his mouth to release a fiery missile but I quickly sidestepped that, and I flew up into the air with my sword and stabbed him in the chest with it. Then I took another swing with my sword and cut off his long tail. When I cut off the tail, multitudes of keys poured out onto the ground before me. I then cut off the horns off of his head and out of those horns poured liquid gold.

The Lord is uncovering every enemy in our midst, so we can rightly possess what is ours. This wicked beast stole the birthrights of the saints, and took the keys to their inheritances away and locked them up. The Lord wants us to realize that it is time to recover all that belongs to us and that is rightfully due to us right now. The keys to the kingdom belong to the saints, and it is time to unlock the kingdom realms, and to open it for all to be able to come fully into for themselves.

1 Peter 5:8 Be well balanced (temperate, sober of mind), be vigilant and cautious at all times; for that enemy of yours, the devil, roams around like a lion roaring [in fierce hunger], seeking someone to seize upon and devour.

Revelations 12:3 Then another ominous sign (wonder) was seen in heaven: Behold, a huge, fiery-red dragon, with seven heads and ten horns, and seven kingly crowns (diadems) upon his heads. 4 His tail swept [across the sky] and dragged down a third of the stars and flung them to the earth. And the dragon stationed himself in front of the woman who was about to be delivered, so that he might devour her child as soon as she brought it forth.

Genesis 37:20 So come on now, let us kill him and throw his body into some pit; then we will say [to our father], Some wild and ferocious animal has devoured him; and we shall see what will become of his dreams!

Jeremiah 51:34 [The inhabitants of Zion say] Nebuchadnezzar king of Babylon has devoured us, he has crushed us, he has made us an empty vessel. Like a monster he has swallowed us up, he has filled his belly with our delicacies; he has rinsed us out and cast us away.

Daniel 7:13 I saw in the night visions, and behold, [b]on the clouds of the heavens came One like a Son of man, and He came to the Ancient of Days and was presented before Him.14 And there was given Him [the Messiah] dominion and glory and kingdom, that all peoples, nations, and languages should serve Him. His dominion is an everlasting dominion which shall not pass away, and His kingdom is one which shall not be destroyed. 15 As for me, Daniel, my spirit was grieved and anxious within me, and the visions of my head alarmed and agitated me. 16 I came near to one of those who stood there and asked him the truth of all this. So he told me and made known to me the interpretation of the things. 17 These four great beasts are four kings who shall arise out of the earth. 18 But the saints of the Most High [God] shall receive the kingdom and possess the kingdom forever, even forever and ever. 19 Then I wished to know the truth about the fourth beast—which was different from all the others, exceedingly terrible and shocking, whose teeth were of iron and its nails of bronze, which devoured, broke and crushed, and trampled what was left with its feet—20 And about the ten horns [representing kings] that were on its head, and the other horn which came up later and before which three of [the horns] fell, the horn which had eyes and a mouth that spoke great things and which looked greater than the others. 21 As I looked, this horn made war with the saints and prevailed over them 22 Until the Ancient of Days came, and judgment was given to the saints of the Most High [God], and the time came when the saints possessed the kingdom. 23 Thus [the angel] said, The fourth beast shall be a fourth kingdom on earth, which shall be different from all other kingdoms and shall devour the whole earth, tread it down, and break it in pieces and crush it. 24 And as for the ten horns, out of this kingdom ten kings shall arise; and another shall arise after them, and he shall be different from the former ones, and he shall subdue and put down three kings. 25 And he shall speak words against the Most High [God] and shall wear out the saints of the Most High and think to change the time [of sacred feasts and holy days] and the law; and the saints shall be given into his hand for a time, two times, and half a time [three and one-half years]. 26 But the judgment shall be set [by the court of the Most High], and they shall take away his dominion to consume it [gradually] and to destroy it [suddenly] in the end. 27 And the kingdom and the dominion and the greatness of the kingdom under the whole heavens shall be given to the people of the saints of the Most High; His kingdom is an everlasting kingdom, and all the dominions shall serve and obey Him.

Hebrews 11:33 Who by [the help of] faith subdued kingdoms, administered justice, obtained promised blessings, closed the mouths of lions, 34 Extinguished the power of raging fire, escaped the devourings of the sword, out of frailty and weakness won strength and became stalwart, even mighty and resistless in battle, routing alien hosts.

Ephesians 1:17 [For I always pray to] the God of our Lord Jesus Christ, the Father of glory, that He may grant you a spirit of wisdom and revelation [of insight into mysteries and secrets] in the [deep and intimate] knowledge of Him, 18 By having the eyes of your heart flooded with light, so that you can know and understand the hope to which He has called you, and how rich is His glorious inheritance in the saints (His set-apart ones),19 And [so that you can know and understand] what is the immeasurable and unlimited and surpassing greatness of His power in and for us who believe, as demonstrated in the working of His mighty strength,


Posted by revsusanthebrave at 5:02 AM