Sequence of prophetic events unfolding around us here in Rochester NY from May 25th- June 23rd, 2018

Sequence of prophetic events unfolding around us here in Rochester NY from May 25th- June 23rd, 2018: 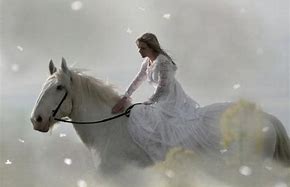 “Children, you are My Army of many banners, and My Banners are flying across cities, regions, nations, and shores, because there is so much more that I have in store. But I want you to understand there is coming much more, and I must bring you onto the higher floor, because its not just about the open door. Children, its more, its more, its more. You are My army that I have been preparing in the night. I have been preparing you to look with new sight. I have been preparing you to stand in your might, and stand in your right, and stand together and fight, for you are My army, My terrible and formidable host! (Song 6:4, 10)”

“I am the Captain of the Lord of Hosts army, and I am He, and I have been assigned to you, and I am warring with you, and I am preparing you, and I am strengthening you, and I am causing you to shake free of all the things that have hindered you for the last 10 years. These things shall come off in a day, because these things shall pass away. Look ahead, and look up, for the banners of the Lord of Hosts, the banners are assembling, and they are being displayed, and they are being arrayed, and you shall read everyone of them, and you shall know and understand the fullness of My plan. As you look at each banner over each step, over each day, in every way. Wherever you look, you will understand another piece of the puzzle, of what I have written for you. You shall walk it out, and you shall carry all of My Standards, because the standards have been written for you!”

A great battle has been raging, but it’s the Lord’s battle. When you are contending for your land, there is going to be a battle. You are going to have to be strong in the saddle. The enemy wants to addle your minds, and wants to wear you down, and he is contending for your right to inherit this ground. As we were worshipping and broke through in the last song, I saw all of the Captains of the Lord’s Hosts come in, rank by rank.

Each Captain had a different banner in his hand. 12 Captains rode into the meeting on their horses. Each one was over their troop and the ranks were all assembled behind them. I saw armies assembling shoulder to shoulder at the 50-mile radius around the building where the meeting was held at RIT. They formed a spiritual wall or circle all around. They stood in battle array.

The 12 Captains are here and they want us all to know:

Those 12 Captains are standing here tonight with their Banners, they are saying:

Then Ed Fickess stood up in the meeting and blew a long silver Temple Trumpet in the ballroom after I shared the vision and prophecy to everyone. The blast from the trumpet sent a wave of power through the room and a great roar erupted. God is on the move! 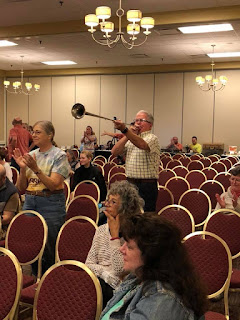 On 06-18-18, we received our long silver Temple Trumpet in the mail arrived at our home. 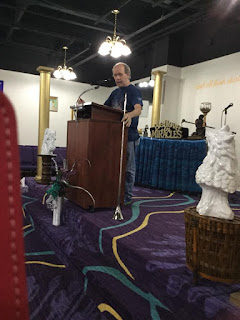 *** The Importance of Agreement with Heaven for the plans and purposes to be accomplished in the earth.

On 06-22-18, while driving home from camping, I looked up and visibly saw angelic armies again descending from heaven. The angels were riding horses and were riding two by two in perfect formation. There was a long line of them as they slowly rode down from heaven to the earth in this region. There were hundreds that descended from what I saw, but I don’t know how long they were coming when I noticed them. After a few minutes they faded from my view.

On 06-22-18, Diane Oakes showed me a picture that she took over the region of an angel blowing a trumpet. 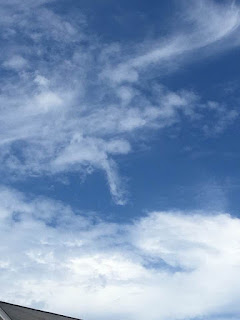 Posted by revsusanthebrave at 12:22 AM