Transformation Glory - The Rest of God

Transformation Glory - The Rest of God

The link to the podcast can be found at: 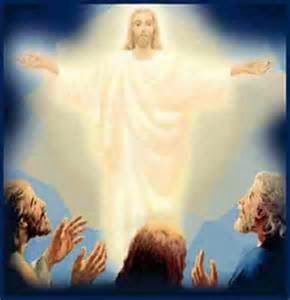 “Every son has to be tested before it’s his time to run ~ Every son will be rested when they rule beside the Son.”

We are in the process of transformation and resurrection – f.o.c.u.s.! (Faith Only Centered Upon the Son)…

Looking away [from all that will distract] to Jesus, Who is the Leader and the Source of our faith [giving the first incentive for our belief] and is also its Finisher [bringing it to maturity and perfection]. He, for the joy [of obtaining the prize] that was set before Him, endured the cross, despising and ignoring the shame, and is now seated at the right hand of the throne of God.  Hebrews 12:2 AMP

1. Every son has to be tested before it’s his time to run

*** The tests are meant to ultimately weed out all that block the rest of God.

2. Every son will be rested when they rule beside the Son

The Rest of God is the Habitation of God!

The process:   (Changes us from within)

Philippians 3:21 Who will transform and fashion anew the body of our humiliation to conform to and be like the body of His glory and majesty, by exerting that power which enables Him even to subject everything to Himself.  AMP

2 Corinthians 3:18 ·Our faces, then, are not covered [With an unveiled face…]. We all ·show [reflect; or behold; or contemplate] the Lord’s glory, and we are being ·changed [transformed] ·to be like him  into the same image]. This change in us ·brings ever greater glory [or is from one degree of glory to another;  is from glory to glory], which comes from the Lord, who is the Spirit.  EXB

Mark 9:9 Then Jesus said to the people, “I tell you the truth, some people standing here will not ·die [taste death] before they see the kingdom of God ·come [arrive] with power.” 2 Six days later, Jesus took Peter, James, and John [ and led them] up on a high mountain by themselves. ·While they watched [In their presence; In front of them], Jesus’ appearance was ·changed [transformed;  transfigured]. 3 His clothes became shining white, whiter than any ·person [launderer on earth] could ·make them [bleach them].  EXB

What Jesus did, we will also do!

The Heavenly Church established on the earth, correctly positioned and fully functioning with the Son.

Hebrews 12:26 Then [at Mount Sinai] His voice shook the earth, but now He has given a promise: Yet once more I will shake and make tremble not only the earth but also the [starry] heavens. 27 Now this expression, Yet once more, indicates the final removal and transformation of all [that can be] shaken—that is, of that which has been created—in order that what cannot be shaken may remain and continue. 28 Let us therefore, receiving a kingdom that is firm and stable and cannot be shaken, offer to God pleasing service and acceptable worship, with modesty and pious care and godly fear and awe;