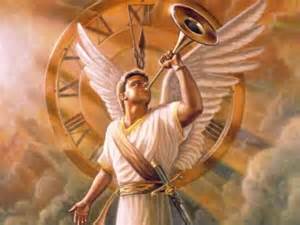 The podcast can be found at:
https://soundcloud.com/susan-omarra/2016-year-of-jubilee-and-a-leap-year

In 2016, we enter a 7-year Jubilee period, and it is also the 70th Jubilee. In order to walk in full restoration, we must take leaps of faith to break the old cycles of death, and to establish new cycles of life.

God has laid up wisdom for every believer to tap into. It’s time to dig that wisdom out, so we can utilize everything that will be revealed.

- A year long period to be observed by Jews once every 50 years, during which Jewish slaves were to be freed, all debts are supposed to be cancelled, alienated lands were to be restored to the original owner or an heir, the fields were to be left untilled, and all agricultural labors were to be suspended. They could only gather spontaneous produce... Lev. 25.

Liberty is proclaimed throughout the land. The Jubilee verse is inscribed on the Liberty Bell in Philadelphia. - "Proclaim liberty throughout all the land and to all the inhabitants of it. Leviticus 25:10

It is time to rise up and to declare Liberty to the entire land!

We are currently in the 70th Jubilee cycle since the very first Jubilee, which occurred when Joshua led the children of Israel into the Promised Land and liberated it from the Canaanites.

The 70th Jubilee is significant in that the real estate of the whole planet will be returned to its original owner, the Creator. The Global Harvest!

The Jubilees clock began ticking in 1416 BC when the children of Israel entered Canaan. The first Jubilee was 49 years later in 1367 BC. Every 49 years another Jubilee has occurred.

The final Jubilee began on the Day of Atonement this fall. We are now in the 40th Jubilee cycle following Christ’s death.

Dates of the 70 Jubilees

Some info above and chart found at:http://www.markbeast.com/70jubilees/jubileedates.htm

Prophetic pictures of the Jubilee Process:

Jeremiah 33:1 Moreover, the word of the Lord came to Jeremiah the second time, while he was still shut up in the court of the guard, saying, 2 Thus says the Lord Who made [the earth], the Lord Who formed it to establish it—the Lord is His name: 3 Call to Me and I will answer you and show you great and mighty things, fenced in and hidden, which you do not know (do not distinguish and recognize, have knowledge of and understand). 4 For thus says the Lord, the God of Israel, concerning the houses of this city and the houses of the kings of Judah which are torn down to make a defense against the siege mounds and before the sword: 5 They [the besieged Jews] are coming in to fight against the Chaldeans, and they [the houses] will be filled with the dead bodies of men whom I shall slay in My anger and My wrath; for I have hidden My face [in indignation] from this city because of all their wickedness. 6 Behold, [in the future restored Jerusalem] I will lay upon it health and healing, and I will cure them and will reveal to them the abundance of peace (prosperity, security, stability) and truth. 7 And I will cause the captivity of Judah and the captivity of Israel to be reversed and will rebuild them as they were at first. 8 And I will cleanse them from all the guilt and iniquity by which they have sinned against Me, and I will forgive all their guilt and iniquities by which they have sinned and rebelled against Me. 9 And [Jerusalem] shall be to Me a name of joy, a praise and a glory before all the nations of the earth that hear of all the good I do for it, and they shall fear and tremble because of all the good and all the peace, prosperity, security, and stability I provide for it.10 Thus says the Lord: Yet again there shall be heard in this place of which you say, It is a desolate waste, without man and without beast—even in the cities of Judah and in the streets of Jerusalem that are desolate, without man and without inhabitant and without beast— 11 [There shall be heard again] the voice of joy and the voice of gladness, the voice of the bridegroom and the voice of the bride, the voices of those who sing as they bring sacrifices of thanksgiving into the house of the Lord, Give praise and thanks to the Lord of hosts, for the Lord is good; for His mercy and kindness and steadfast love endure forever! For I will cause the captivity of the land to be reversed and return to be as it was at first, says the Lord. 12 Thus says the Lord of hosts: In this place which is desolate, without man and without beast, and in all its cities, there shall again be dwellings and pastures of shepherds resting their flocks.

(in the Gregorian calendar) a year that contains 366 days, with February 29 as an additional day: occurring in years whose last two digits are evenly divisible by four, except for centenary years not divisible by 400. It offsets the difference between the length of the solar year (365.2422 days) and the calendar year of 365 days.

2 Corinthians 4:4 For the god of this world has blinded the unbelievers’ minds [that they should not discern the truth], preventing them from seeing the illuminating light of the Gospel of the glory of Christ (the Messiah), Who is the Image and Likeness of God. 6 For God Who said, Let light shine out of darkness, has shone in our hearts so as [to beam forth] the Light for the illumination of the knowledge of the majesty and glory of God [as it is manifest in the Person and is revealed] in the face of Jesus Christ (the Messiah).

Additional time this year is being given to believers to fully redeem all that was lost, stolen, or hindered.

Signifying a final removing of all forms of death and fear-

Which releases our spirit man into new freedoms -

Which brings spontaneous breakthroughs and balance into our lives-

Causing us to inherit that which we did and/or did not before.

- We are going to leap from faith to faith! Prophetic pictures of Liberty and Leaping forth:

2 Samuel 22:1 David spoke to the Lord the words of this song on the day when the Lord delivered him from the hands of all his enemies and from the hand of Saul. 2 He said: The Lord is my Rock [of escape from Saul] and my Fortress [in the wilderness] and my Deliverer; 3 My God, my Rock, in Him will I take refuge; my Shield and the Horn of my salvation; my Stronghold and my Refuge, my Savior—You save me from violence. 4 I call on the Lord, Who is worthy to be praised, and I am saved from my enemies. 5 For the waves of death enveloped me; the torrents of destruction made me afraid. 6 The cords of Sheol were entangling me; I encountered the snares of death. 7 In my distress I called upon the Lord; I cried to my God, and He heard my voice from His temple; my cry came into His ears. 8 Then the earth reeled and quaked, the foundations of the heavens trembled and shook because He was angry. 9 Smoke went up from His nostrils, and devouring fire from His mouth; coals were kindled by it. 10 He bowed the heavens and came down; thick darkness was under His feet. 11 He rode on a cherub and flew; He was seen upon the wings of the wind. 12 He made darkness His canopy around Him, gathering of waters, thick clouds of the skies. 13 Out of the brightness before Him coals of fire flamed forth. 14 The Lord thundered from heaven, and the Most High uttered His voice. 15 He sent out arrows and scattered them; lightning confused and troubled them. 16 The channels of the sea were visible, the foundations of the world were uncovered at the rebuke of the Lord, at the blast of the breath of His nostrils. 17 He sent from above, He took me; He drew me out of great waters. 18 He delivered me from my strong enemy, from those who hated me, for they were too mighty for me. 19 They came upon me in the day of my calamity, but the Lord was my stay. 20 He brought me forth into a large place; He delivered me because He delighted in me. 21 The Lord rewarded me according to my uprightness with Him; He compensated and benefited me according to the cleanness of my hands. 22 For I have kept the ways of the Lord, and have not wickedly departed from my God. 23 For all His ordinances were before me; and from His statutes I did not turn aside. 24 I was also blameless before Him and kept myself from guilt and iniquity. 25 Therefore the Lord has recompensed me according to my righteousness, according to my cleanness in His [holy] sight. 26 Toward the loving and loyal You will show Yourself loving and loyal, and with the upright and blameless You will show Yourself upright and blameless. 27 To the pure You will show Yourself pure, and to the willful You will show Yourself willful. 28 And the afflicted people You will deliver, but Your eyes are upon the haughty, whom You will bring down. 29 For You, O Lord, are my Lamp; the Lord lightens my darkness. 30 For by You I run through a troop; by my God I leap over a wall. 31 As for God, His way is perfect; the word of the Lord is tried. He is a Shield to all those who trust and take refuge in Him. 32 For who is God but the Lord? And who is a Rock except our God? 33 God is my strong Fortress; He guides the blameless in His way and sets him free. 34 He makes my feet like the hinds’ [firm and able]; He sets me secure and confident upon the heights.

Psalms 18:28 For You cause my lamp to be lighted and to shine; the Lord my God illumines my darkness. 29 For by You I can run through a troop, and by my God I can leap over a wall. 30 As for God, His way is perfect! The word of the Lord is tested and tried; He is a shield to all those who take refuge and put their trust in Him.

Malachi 4:1 For behold, the day comes that shall burn like an oven, and all the proud and arrogant, yes, and all that do wickedly and are lawless, shall be stubble; the day that comes shall burn them up, says the Lord of hosts, so that it will leave them neither root nor branch. 2 But unto you who revere and worshipfully fear My name shall the Sun of Righteousness arise with healing in His wings and His beams, and you shall go forth and gambol like calves [released] from the stall and leap for joy. 3 And you shall tread down the lawless and wicked, for they shall be ashes under the soles of your feet in the day that I shall do this, says the Lord of hosts.

Revelations 3:7-13  The Philadelphia Church- It's time to decree!

The Overcoming Manchild Company is standing up!

It’s time to run into the battle and to possess your inheritances!

It’s time to leap forth, and to break forth into the fullness of joy, liberty, and health!

Posted by revsusanthebrave at 1:42 PM