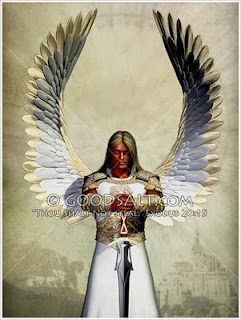 During the prayer watch, I saw very powerful angels being released. This angel that came to me had what looked like very sharp razors within his feathers. His very wings were weapons. I knew he was an Intervening angel that was sent to intervene on behalf of the saints that were crying out to God.

The Lord has a sovereign plan which has been hidden from man, until men became fully mature. Now He is unfolding the things that are ready to be done. Divine intervention and acceleration has begun, to the waiting daughters and sons so they can understand and also fully run!

Isaiah 59:16 And He saw that there was no man and wondered that there was no intercessor [no one to intervene on behalf of truth and right]; therefore His own arm brought Him victory, and His own righteousness [having the Spirit without measure] sustained Him. [Isa. 53:11; Col. 2:9; I John 2:1, 2.] 17 For [the Lord] put on righteousness as a breastplate or coat of mail, and salvation as a helmet upon His head; He put on garments of vengeance for clothing and was clad with zeal [and furious divine jealousy] as a cloak. [Eph. 6:14, 17; I Thess. 5:8.] 18 According as their deeds deserve, so will He repay wrath to His adversaries, recompense to His enemies; on the foreign islands and coastlands He will make compensation. 19 So [as the result of the Messiah's intervention] they shall [reverently] fear the name of the Lord from the west, and His glory from the rising of the sun. When the enemy shall come in like a flood, the Spirit of the Lord will lift up a standard against him and put him to flight [for He will come like a rushing stream which the breath of the Lord drives]. [Matt. 8:11; Luke 13:29.]

Hebrews 6:15 And so it was that he [Abraham], having waited long and endured patiently, realized and obtained [in the birth of Isaac as a pledge of what was to come] what God had promised him. 16 Men indeed swear by a greater [than themselves], and with them in all disputes the oath taken for confirmation is final [ending strife]. 17 Accordingly God also, in His desire to show more convincingly and beyond doubt to those who were to inherit the promise the unchangeableness of His purpose and plan, intervened (mediated) with an oath. 18 This was so that, by two unchangeable things [His promise and His oath] in which it is impossible for God ever to prove false or deceive us, we who have fled [to Him] for refuge might have mighty indwelling strength and strong encouragement to grasp and hold fast the hope appointed for us and set before [us]. 19 So [as the result of the Messiah's intervention] they shall [reverently] fear the name of the Lord from the west, and His glory from the rising of the sun. When the enemy shall come in like a flood, the Spirit of the Lord will lift up a standard against him and put him to flight [for He will come like a rushing stream which the breath of the Lord drives]. [Matt. 8:11; Luke 13:29.]

Hebrews 7:25 Therefore He is able also to save to the uttermost (completely, perfectly, finally, and for all time and eternity) those who come to God through Him, since He is always living to make petition to God and intercede with Him and intervene for them.

Posted by revsusanthebrave at 11:10 AM

A Wave of the New Breed of Prophets Has Begun

“A New Wave of Mighty Prophets Has Begun” 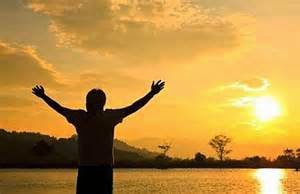 “What was sown in 89 by His Sovereign Design was to this Nation a sign, of the will of the Divine. But it had to go fallow because the roots were shallow. But the cycle has come around again, and now I’m assigning new men, burning men, intimate men, men that have My heart within.”

“I have men of high station in this Nation. And My new Prophets and My true Prophets shall now come forth, and this Nation shall be plumbed again, from the north and the south and the east and the west. I have My Mighty men, Prophets of My Breast, Prophets that I have called, that have passed My test, and I shall say, they shall now be blessed.”

1 Chronicles 12:16-22 Then some of the men of Benjamin and Judah came to the stronghold to David. David went out to meet them and said to them, “If you have come peacefully to me to help me, my heart shall be united with you; but if you have come to betray me to my adversaries, since there is no violence or wrong in my hands, may the God of our fathers look on what you are doing and punish you.” Then the Holy Spirit came on Amasai, who was chief of the thirty, and he said, “We are yours, O David, And with you, O son of Jesse! Peace, peace be to you, And peace be to him who helps you; For your God helps you.” Then David accepted and received them and made them officers of his troops. Some of the men of Manasseh also defected to David when he came with the Philistines to go to battle against Saul. But David’s men did not actually assist the Philistines, for the lords governors of the Philistines after consultation sent him away, saying, “At the cost of our heads he may defect to his master Saul.” As David went to Ziklag, these men defected to him from Manasseh: Adnah, Jozabad, Jediael, Michael, Jozabad, Elihu, and Zillethai, captains of thousands who belonged to Manasseh. They helped David against the band of raiders, for they were all courageous men, and all seven became commanders in his army. For day by day men kept coming to David to help him, until there was a great army, like the army of God.

Posted by revsusanthebrave at 8:35 AM