Notes from the Sunnyvale California Meeting on 10-14-14: 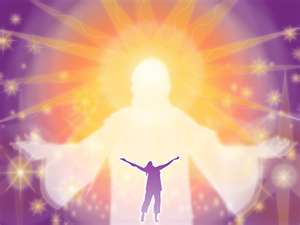 Notes from the Sunnyvale California Meeting on 10-14-14:

1. The Swords and the Cords Vision that Susan saw at the motel.

2. Pat and I saw 3 Angels flying over the area, 1 had a trumpet set to his lips blowing it, the other 2 Angels were flying in formation behind the other angel.

3. We are all standing in the Great Hall in heaven, and multitudes were standing with us as we all stood together, and the Lord walks up the aisle towards the throne where the Father waited. As He passes by where we are all standing in the hall, I see the trail of His glorious train swirling all around and behind Him, and within the train of His Presence were all of the stars and galaxies, and they were all swirling in His train.

As He walked up the aisle, the entire universe was being drawn into Him and as He passes us, we are sucked up into Him too. I instantly knew that everything is being summed up in Him. Everything is being culminated in Christ. Everything is being changed in the heavens and in the earth, according to His Will. As I watched, when He arrived at the Fathers side, we all were still within His train swirling along inside Him like a vortex, and what was once behind us, was no more. It was all made new and was transformed right in front of us. All was then silent in heaven.

Jesus then smiled, and opened His arms, and said, "Now is the Time of My Kingdom Age, for you all have ushered in the New Page. You shall rule with Me throughout eternity. The Government of My Father is within Me, and is also within you, and all that is Mine is also given to you. Stand in My Higher Light and see the things that are about to be laid out before you with a different view, for I shall lay out the course of the nations before you, and you shall reveal to men My Grand View, and then you will build what you see here in heaven, upon the earth with Me. You are My Kings and Queens, and the Keepers of My Eternal Springs, go and water the earth with the knowledge of Me. I am going to intervene in human history, and I shall open up My end-time mysteries, because I have come for My Harvest, and you have come to the throne for such a time as this. Go, and rejoice, and live for Me victoriously!"

[He planned] for the maturity of the times and the climax of the ages to unify all things and head them up and consummate them in Christ, [both] things in heaven and things on the earth. (‭Ephesians‬ ‭1‬:‭10‬ AMP)

Revelation 21:1-7 Then I saw a new sky heaven and a new earth, for the former sky and the former earth had passed away vanished, and there no longer existed any sea. And I saw the holy city, the new Jerusalem, descending out of heaven from God, all arrayed like a bride beautified and adorned for her husband; Then I heard a mighty voice from the throne and I perceived its distinct words, saying, See! The abode of God is with men, and He will live encamp, tent among them; and they shall be His people, and God shall personally be with them and be their God. God will wipe away every tear from their eyes; and death shall be no more, neither shall there be anguish sorrow and mourning nor grief nor pain any more, for the old conditions and the former order of things have passed away. And He Who is seated on the throne said, See! I make all things new. Also He said, Record this, for these sayings are faithful accurate, incorruptible, and trustworthy and true genuine. And He further said to me, It is done! I am the Alpha and the Omega, the Beginning and the End. To the thirsty I Myself will give water without price from the fountain springs of the water of Life. He who is victorious shall inherit all these things, and I will be God to him and he shall be My son.

5. In the heavens, I saw Jesus pull back a big curtain, and I saw the earth suspended in the heavens, and it was engulfed in tremendous pulsating fire, and it was shaking violently. I asked him what that was, and He said, "That's My Glory. I am going to flood the earth with the knowledge and revelation of Who I Am, and it will be 10 times greater than the natural flood of water in the beginning. I am coming with Fire again, even 10 times hotter than Pentecost. I am going to reap very, very deep, and the nations will cry out and weep, and I shall shake everything to bring it fully in, and you shall run across the earth full of Me, so get ready for greater intensity, for it is all written in Me."

Daniel 7:9-14 I kept looking until thrones were placed for the assessors with the Judge, and the Ancient of Days God, the eternal Father took His seat, Whose garment was white as snow and the hair of His head like pure wool. His throne was like the fiery flame; its wheels were burning fire. A stream of fire came forth from before Him; a thousand thousands ministered to Him and ten thousand times ten thousand rose up and stood before Him; the Judge was seated the court was in session and the books were opened. I looked then because of the sound of the great words which the horn was speaking. I watched until the beast was slain and its body destroyed and given over to be burned with fire. And as for the rest of the beasts, their power of dominion was taken away; yet their lives were prolonged for the duration of their lives was fixed for a season and a time. I saw in the night visions, and behold, on the clouds of the heavens came One like a Son of man, and He came to the Ancient of Days and was presented before Him. And there was given Him the Messiah dominion and glory and kingdom, that all peoples, nations, and languages should serve Him. His dominion is an everlasting dominion which shall not pass away, and His kingdom is one which shall not be destroyed.

6. The Signs of the Times: it's time to understand His timeline for our generation.

7. The Crown of Stars being placed on our heads, and we are all lifted up to be the lights on Jesus crown. The Overcomers: wearing His Crown, being authorized with delegated authority, and commissioned for ruling with Him in our areas, to bring permanent change in the earth.

8. Zechariah, Haggai, and Malachi: layers of end time pulsating yet to come forth.

10. We are to not measure the times we live in by what we see with our natural eyes, but by the eyes of the Spirit. We must have a clear revelation of where we are on heavens timeline, so that we can correctly enforce every timely word that the Lord reveals to us. The Angels are here to bring global change, and we are here to rearrange everything with Jesus, till all is brought fully into His purposes for the harvests sake. We all, as the new leaders, have judicial authority to enforce heavens decrees upon the earth, and to shape the nations with His authority. We must move forwards in faith, and release the Glory.

11. The Bright and Morning Star being revealed in His People on the earth.

Revelation 22:16-17 I, Jesus, have sent My messenger angel to you to witness and to give you assurance of these things for the churches assemblies. I am the Root the Source and the Offspring of David, the radiant and brilliant Morning Star. The Holy Spirit and the bride the church, the true Christians say, Come! And let him who is listening say, Come! And let everyone come who is thirsty who is painfully conscious of his need of those things by which the soul is refreshed, supported, and strengthened; and whoever earnestly desires to do it, let him come, take, appropriate, and drink the water of Life without cost.

2 Peter 1:19 And we have the prophetic word made firmer still. You will do well to pay close attention to it as to a lamp shining in a dismal squalid and dark place, until the day breaks through the gloom and the Morning Star rises comes into being in your hearts.

13. The Lord is sharpening your spiritual senses so that you can operate in them correctly and more effectively. It is a time to be spiritually sensitive, sharp, and mature so you can move in power with Him.

14. The vision of the person whose skin was peeled off, and underneath the skin that fell off was a radiant being of light that suddenly rose up and with great power flew with a bow and arrow and destroyed every enemy violently.

God has been honing His people with extreme fiery trials and adversity for 2 purposes:
1. To see who would move out in faith no matter what the circumstance
2. To empower them to rise above everything to take their higher positions and commissions

It's the time to ask, like Solomon and Daniel did for their day.

Posted by revsusanthebrave at 5:32 AM 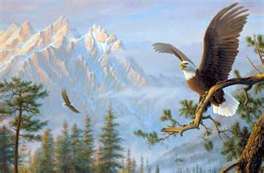 
The Lord has been speaking to me for the past two days regarding the Ebola outbreak in Liberia, and of the raging of the enemy in the very lands, to kill off the generation who are about to bring forth a great birth there."


"In the very heart of your travail, in which dread, and death, and fear does ebb and swell, I shall reveal who I am, for I shall be found in the midst of you again. Out of the bowels of hell does the fury of the enemy among you swell, but in the midst of the storm I have arisen to reveal Within you My Hand, and by solid faith in Me shall Liberia stand. I am holding your land in My Hand, drawing you close unto Me. I am the God that hears and sees."


"I am the one who has called you to give birth, for the enemy has planned to kill your seed of great worth, to stop the purpose for which I have called you for as a nation. I am the King who calls you forth into a brand new thing, and I shall arise in your midst with a great light of the revelation of who I am, and a new faith shall break forth greatly all over your land. My fires shall sweep you through, and I shall glorify Myself through what I will do among and with you."


"Arise from the place of death and despair, and know that I am among you and hear. Look unto Me, the author and the finisher of your destiny. For I am the one who walks among you this day, know that I am faithful to establish everything that I have purposed in you, and through you shall great signs and wonders flow, so that nations will even say, "How can this be? How can they achieve such a miraculous victory? I say to you, look unto Me, for I am the writer of your future and you shall tell My story!"


Genesis 16:13 So she called the name of the Lord Who spoke to her, You are a God of seeing, for she said, Have I not even here in the wilderness looked upon Him Who sees me and lived? Or have I here also seen the future purposes or designs of Him Who sees me?

Posted by revsusanthebrave at 4:53 AM