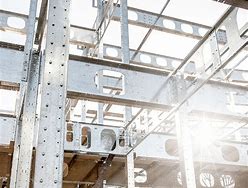 I looked and saw the entire region stretched out before me. I saw a massive angel busy constructing a large building in the region. The building was a mass of beams and girders and scaffolding as it was being erected. All of the structural beams and girders and scaffolding looked to be made of light. It was all in the structural stage, but I could see it was nearing completion. The angel was taller than the massive building, but the building was so big it looked like it could encompass the region. The angel knew I was watching him and smiled. Suddenly I knew his thoughts, for he spoke clearly to my mind:
“Sue, the groundwork and the preparatory work is nearing completion. At this stage of your process, men will be tempted to take over My regional realignments and some will try to reshape the transformation processes that have already begun into what they want them to become, but no man shall alter what the Father is doing and is building among you all. Know this, His Fire is about to fall and engulf it all. Nothing of the flesh will survive now. He has called you all to be living Habitations wholly filled with the Fire of His Desire. My Habitations shall stand tall before one and all. Watch what comes next.”
Suddenly I saw the whole regional building framework was engulfed in flames. It just erupted into a massive burning inferno and even in the vision it was terrifying. I saw people in the vision notice the structure on fire and they were gathered standing around watching it burn from afar like spectators. This ignition of the framework had caused an awakening to what is being built among them in the region. No one knew that anything was being built before the fires came. Now crowds began to come closer as their curiosity was peaked to see what was happening.

As I watched, I noticed that a person drew near to the towering inferno and then unafraid smilingly entered into the fire. The crowds were shocked, and many backed further away in fear. Then I saw other people slowly begin to enter into the buildings flames and disappeared into it too. I saw that the flames weren’t destroying the buildings framework but were actually filling it in with something that was in the fire itself. Later, the flames died down and the building was glowing like molten metal. It was no longer a mass of beams and girders and scaffolding, but it was a full molten building that stood towering over the region.
After the building cooled, I saw that it was now a golden building that shone from all sides because it was all glorious. Its exterior shined like transparent gold. The crowds around it were in wonder as they stared at this new building that they had been unaware of for the longest time, but now was suddenly unveiled among them. I could hear their questions and thoughts from their minds. “Who built this?” “Where did this come from?” “What is its purpose?” “What are we to do?”
Then I saw the angel watching them all smile again as he stood by the building. He nodded to me, and then I saw the building began to shine even more but now from within, and it was with the most radiant light I have ever seen! The whole building burst forth with such a radiance now that it was like a radiant rainbow filled pillar in the land. Jesus was looking out through the building at the people. The crowds gasped and cried out, because all they could see was Him from every angle of the building.

“The Spirit of Holiness is coming. He has seen your desires to surrender to His will in this region, and He will honor your sacrifices. He knows every city that has cried out to Him to become His. He has you all in His skillful hands. Nothing shall deter Him from bringing all of you to completion. He is jealous over you all. It is time to enter fully in and do not spectate from afar like mere men. His Holy Fire is aroused concerning you all and will engulf everything that is not inspired of Him. His Glory has come, and now His Holiness has begun. It will not be a manmade show among any of you. It will be an awesome and Holy flow and His Glorious glow! Know that, He is the Author and the Finisher of His works. He is the Architect and the Builder of His Habitations. The only face that will be seen in what He is building in this New Day will be His! The Harvest is His, and no man will lay claim to it. Entire Cities and Regions all over the earth that will embrace His fires will become His Glorious Habitations. Nations will be filled with His Glory because it’s His Story. You all are His Story!” 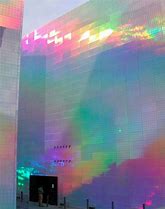 Scriptures he gave to me:
Romans 1: 3 [The Gospel] regarding His Son, Who as to the flesh (His human nature) was descended from David, 4 And [as to His divine nature] according to the Spirit of holiness was openly designated the Son of God in power [in a striking, triumphant and miraculous manner] by His resurrection from the dead, even Jesus Christ our Lord (the Messiah, the Anointed One). 5 It is through Him that we have received grace (God’s unmerited favor) and [our] apostleship to promote obedience to the faith and make disciples for His name’s sake among all the nations,
Hebrews 12:14 Strive to live in peace with everybody and pursue that consecration and holiness without which no one will [ever] see the Lord.
Ezekiel 20:41 I will accept you [graciously] as a pleasant odor when I lead you out from the peoples and gather you out of the countries in which you have been scattered, and I will manifest My holiness among you in the sight of the nations [who will seek Me because of My power displayed in you].
Ezekiel 38:23 Thus will I demonstrate My greatness and My holiness, and I will be recognized, understood, and known in the eyes of many nations; yes, they shall know that I am the Lord [the Sovereign Ruler, Who calls forth loyalty and obedient service].

Psalms 100:3 Your people will offer themselves willingly in the day of Your power, in the beauty of holiness and in holy array out of the womb of the morning; to You [will spring forth] Your young men, who are as the dew.

The Process of Personal and Regional Resurrections has begun!

Look to and look at the Son!

Posted by revsusanthebrave at 3:49 PM